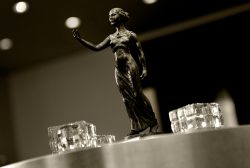 Toronto, January 27, 2022 – ACTRA Toronto is pleased to announce the nominees for the Outstanding Performance on-camera and voice awards. The ACTRA Awards in Toronto will be broadcast on ACTRA Toronto’s YouTube channel on Sunday, March 6, at 8 p.m. EST.

Amanda Cordner as 7ven in Sort Of, “Sort of a Party” (Sienna Films; Sphere Media)

Lisa Norton as Poppy in Glowbies, “Excusing Me” (Gallus Entertainment)

Anand Rajaram as Beans in Go, Dog. Go!, “Clucky Day/Take Me Out to the Fetch Game” (DreamWorks; WildBrain Studios)

“For our 20th awards and our first with more inclusive award categories, I’m not surprised there are nominations from three member-initiated projects and an historic four voice nominations from the video game world,” says ACTRA Toronto President David Gale. “There’s much to celebrate in 2022 with star-turn performances from our members on a variety of screens.”